How the Building Industry in the UK Has Changed

Being an owner of a building company, I know the first and major point to success. It is customer satisfaction. If customers are satisfied and happy, my company would grow, else not. Construction business not only is profitable but also has its own set of challenges. If I want to convert an unused land to a properly constructed building, I have to take care of multiple activities straight from mining to quarrying to construction to manufacture and supply of products, to maintenance and to final delivery of the building and infrastructure to the customers.

There are three main sectors to any building and construction industry – Infrastructure, Residential and Commercial or social. In United Kingdom, this industry provides ten percent of the total employment and contributes to seven percent to Gross Domestic Product. Though this construction industry is high-risk and a long-term activity, the returns it gives is high and is a boost to the economy.

Let’s have a look How the Building Industry in the UK Has Changed.

There are many government departments included in the approval of these projects. Construction Leadership Council was formulated to look after the project Construction 2025: industrial strategy for construction. This council is cumulatively headed by Secretary of State for Business, Innovation and Skills and an industry representative. Other departments that are involved in the decision-making process of this industry involve, to name a few, British Waterways Board, Civil Aviation Authority, Port of London Authority, Environment Agency and many more, Chartered Institute of Building, Institution of Structural engineers, Royal Institute of British Architects, Royal Town Planning Institute and many more.

UK construction industry faces many challenges in the modern times. First and foremost, urbanization. Most of the people now want to live in cities and enjoy a modern and luxurious lifestyle. This imposes pressure on the available and limited resources. These non-renewable resources need to be replaced with renewable ones so that it can sustain the growing population in the near future. This has given birth to the concept of smart cities, that are more planned, can support densely populated areas, and can be clean and pollution free.

The other challenge faced is Climate change and sustainability. Green house gases impose a serious threat to the environment and additionally to the health of human beings. They are also responsible of the further deterioration of the environment by causing greenhouse effect, ozone layer depletion, increasing pollution. The UK governments targets to reduce the green house gases by fifty percent by 2025 and by almost 80% by the end of 2050. To make this effective, it imposes certain rules and regulations on the merchandise that can be used by companies in order to build these infrastructure and buildings. The inventory should be efficient, should emit no or less greenhouse gases, should be environment-friendly.

The third biggest challenges if difference in expectations ad reality. What is expected from the building in its design phases, varies a lot from what is delivered when the construction of these buildings and infrastructure completes. This is named as performance gap, variation between expected and actual performance.

There is a company called Post Occupancy Review of Buildings and their Engineering (PROBE) which does a survey about the post – occupancy results of these constructed buildings. Its states that the energy consumption of the building reaches to twice more than originally predicted. This is insanely high as it puts a lot of pressure of the non-renewable resources available and replete them fast. Carbon Trust has few programs namely Low Carbon Buildings Accelerator and Low Carbon Buildings program that states energy consumption can reach up to 5 times higher than compliance actually allows.

UK construction industry is facing constant criticisms these days right from being wasteful in inventory to constant conflicts and oppositions within the parties and between the parties. Because of issues, lots of split-ups are seen in the contracts which again demands reformations and reorganizations that tends to increase the timelines of the project. Single-party dominations effect the productivity of the workers.

It is also seen that people want to run on age-old norms rather than trying to be innovative and implanting new techniques. But even after all these shortcomings and irrespective of multiple reports in the market, government is trying to come up with better schemes to improve this industry. It is focusing more on realistic expectations that can meet the targets and recommendations that can be properly implemented.

For any more information and services in this industry, plymouthbuild.co.uk can be contacted at 01752 905030.

Extension Building: The 5 Rules What Services Does a Groundworks Contractor Provide

The Difference between Extensions and Conversions

5 Types of Training a Builder Must Do

Using a Federation of Master Builder 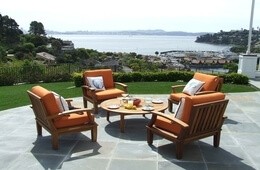 Paving Contractor in Manchester Offers Tips to Survive the Pandemic

Delivering the service in spite of COVID surge in 2020 more

Preventing Your Concrete Driveway from Flooding Will Add Stability more

A local driveway in Manchester is re-assessing its thrust to ensure that its business stays relevant during this difficult time. more